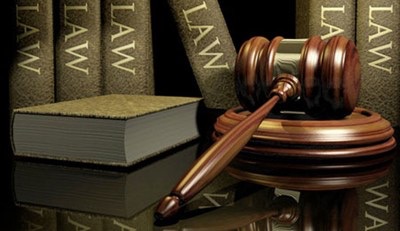 Today I wanted to talk about the cuts to legal aid. Unless you have been unlucky enough to end up in court in a non criminal case, you probably won’t know what this is. Legal aid is a fund that provides legal advice and representation, and court fees, when you can not afford to pay for it yourself.

The boxes you have to tick now to obtain it, are so tight that hundreds, if not thousands of people are having to represent themselves in court, do all their own research and find their own funding to cover those costs, whilst in many cases going through a fairly stressful process from a personal point of view. You can claim back the initial submission fee to get your case heard and for subsequent court time, but that’s it. No solicitor, no legal secretary, no legal advice.

Myself and a dear friend of mine, both bore the brunt of these cuts in the last year. Her case was the kidnap of her children to a foreign country , where the father was resident, despite him having regular uninterrupted contact. She found herself up against a highly qualified lawyer. Scratch that, a team of highly qualified lawyers. Just her. Can you imagine?

For me, after 12 years uninterrupted contact, a series of events unfolded that left my eldest children and me vulnerable. I’m not going to discuss details further than to tell you the police were involved, and a number of other child protection agencies as well. We were considered vulnerable, but crucially not at risk of harm, as when the police arrived, the focus swiftly shifted from threats towards me, to the perpetrators own self. Had there been a provable (tough in most domestic disturbances or violence cases) significant threat of harm, I could have been helped by legal aid. I had 15 pages of police reports, but they were considered ‘historical’ despite the fact I had prevented myself being at risk in the last decade, so they weren’t counted.

Both me and my friend were victims of other people’s bad choices, yet we both had to make and present our own cases in multiple court hearings. There was no advice available, no signposting, no clarification of all the legal jargon on the mountain of forms we both had to fill out, no support. In fact, when I became completely overwhelmed by which forms I was supposed to have, and how to fill them out, the poor lady behind the glass was guenuinely apologetic that she was not allowed to help, even in this minor way.

In both cases we were left alone in a crisis, and we had no idea what we were doing. Once again how grateful was I, for having support and being educated.

My friend lost her job as she had to travel to London repeatedly, as hers was an international case. It took over a year to get resolved. The financial cost was huge for her, And she lost so Very much. As for the stress it caused, I can’t begin to imagine how she survived It.

By the end of the process she was physically and emotionally beaten.

I went to a total of five hearings, over three months. I sat in two different overwhelming court rooms, in front of two scary judges,  with a person I was intimidated by sat two meters away. There were of course clerks there for safety purposes, but you feel absolutely alone. You are allowed to take a friend in with you as long as the judge agrees, who must not speak, but can take notes to help with the next stage of your case. It was traumatic in every sense.

The extreme stress you are under as a  human being throughout this period can’t be put into words. I lost loads of weight, my health was appalling. I couldn’t eat or sleep. I was frightened of going anywhere, constantly looking over my shoulder, but had to, to gather information, photocopy, print,  have meetings. My already I’ll body was battered. My children had huge battles on their hands, as did my friends children. They all have had to receive huge amounts of support via family, friends and councillors to help them cope, and meanwhile mum is extremely busy being a solicitor for herself. The pressure is immense. The situation had a profound effect on both of  us  mentally and physically.

We needed to be there for our children but couldn’t always, as we needed to constantly be working on our case.

Consider also, (it was shown in a court of law with overwhelming, independent evidence) that neither I, nor my friend had caused the issues that ended us both in court. Neither of us had done a single thing wrong, but both of us were forced into that environment, to ensure that our children felt safe, as they collectively expressed they didn’t. That’s it. A simple request.

I have been a campaigner for equal parents rights for a number of years, attending marches and protesting for fathers rights in family courts. I have experienced the flip side of family law too with my husband. He has a court order than isn’t worth the paper it’s written on as it can’t be enforced, and there are currently no punishments for breaking family court orders in the UK.

So know this, I had always encouraged near to equal contact , despite our personal history. Shared holidays, christmas, birthdays, the works. I never interfered with the children seeing their father. I still absolutely believe that having both parents, with equal rights is best.

Neither I, or my friend, were those women that use their children as weapons, ever.

So to suddenly be left alone to fight this crazy legal battle, despite doing everything morally right, was devastating.

I felt terrified of saying the wrong thing, or making a fool of myself. The circumstances that bought me to that first hearing, had left me very shaken; to have to then clearly, concisely and as impartially as possible Present my case, was a huge challenge. My friend ultimatly ended up in high court in London, terrifying at the best of times but when you are doing all your own work against a team of huge experience…. again I have no idea how she did it.

I am so lucky to be fairly organised and articulate. I gathered mountains of information and evidence, processed it with the help of friends and family, and came out the other side doing myself and my children proud. I was lucky to leave the process empowered, and the children could now make their own choices as teenagers, knowing they were protected by law.

My friend got her children back after two months of devastation. I can’t give detailed information  about this, but suffice to say, imagine the most desperate thing you would do to get your children back and Add a dollop more on top and you will have some idea. The bigger court battle continued but normal serviced gradually resumed. They still see their father regularly, but with some sensible rules supported by his own country’s legal system.

We are both still dealing with the after shocks of being put in that position, financially and emotionally.

As always, I tell you this tale not in self pity, but because, yet again the financially poorest suffer at the hands of a terrible government decision.

Yet again the government left me stranded in very different circumstances, but vulnerable just the same.

Yet again, no one talks about it, because its personal, and they are scared of being judged.

Yet again the cost of this cut is much more than money.

Yet again it leaves me deeply concerned about all the other people out there, that don’t  have support, or access to information, or aren’t as literate or able to shine at public speaking. How will they help themselves?

Yet again income divides people into the haves, and have nots, the cans and cannots, and ensures that the most in need can’t access the support they deserve, even when they have done absolutely nothing wrong.

Does that sound fair or right to you?

Some basic advice on family law can be found here:

I am not quite distant enough from my experience to help personally at this point, but please feel free to request further sign posting to services.

Kirstie Edwards is a writer and single mama to four wonderfully weird kids. She loves to paddleboard, wild swim and feels privileged to live by the beach, in a whirlwind of teenagers and toddlers. Oh, and she is chronically ill and disabled. Read more here: https://themighty.com/author/kirstie-edwards/. View all posts by Kirstie Edwards

1 thought on “Justice for all?”